Ok, so I know I've not done tonnes of DIY blog posts, but I have done lots of makes at home, and I have to say that this is my absolute favourite to date! Whilst you'll definitely need more than an afternoon for this one, it's really simple and worth persevering with! 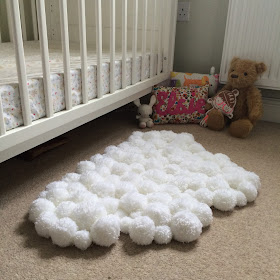 This is my the cloud rug in my daughter's room, I love texture this rug provides, not only does it look good, it provides excellent sensory stimulation too! 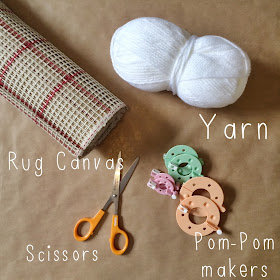 You can do this DIY without pom-pom makers, but I would recommend them, I ended up using 10 balls of yarn, yes, you'll need lots of that too, and this small rug consists of 116 pom-poms of varying sizes.

NOTE: I chose a chunky wool yarn, the chunkiness meant the pom-poms were quicker with the thicker yarn, and most importantly the wool is more fire retardant than some other fibres, which meant that it would be safer as a home furnishing piece.

First up is making the pom-poms for the rug, making sure when they're tied up, you leave a really long double tail. I started assembling once I'd made 95 pom-poms, but it still wasn't enough!! It's also worth me mentioning that the smallest pom-poms were the most useful during assembly.

I used to take my pom-pom making supplies with me whenever we were going on long car journeys, or I'd sis in front of the telly winding the yarn up... Like I said, this project needs perseverance, it takes a while. 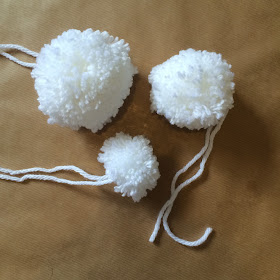 Once you've made enough pom-poms, use your scissors to give them a really nice hair cut and tidy the edges... Again making sure you leave the nice long tails intact. 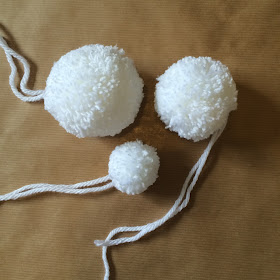 Now you're almost ready for assembly. Take your rug canvas and cut out the shape and size you want. I made a cloud with a flat base that would sit nicely next to the bed, but I'm sure there are lots of other shapes you could experiment with.

When choosing the size, I didn't want to go too big, as this would mean more pom-poms, so I positioned it against the cot bed to get a good idea of what size would work. 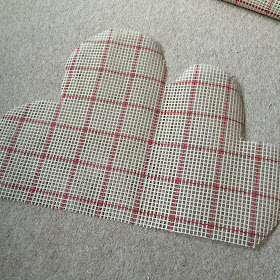 Now its time to knot all those pom-poms to the rug canvas... 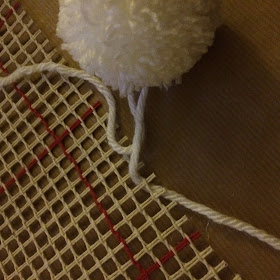 ...making sure that you tie those knots super tight. I double knotted each one. 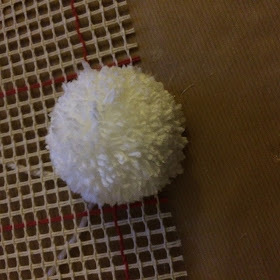 I started with the pom-poms around the edge, varying the size I used randomly for a more textured effect. I think that the random sized pom-poms are more forgiving incase you make any mistakes. 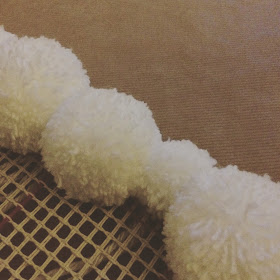 Eventually I'd completed the outline.

It's important to do the edge first as the shape can be very easily lost otherwise. 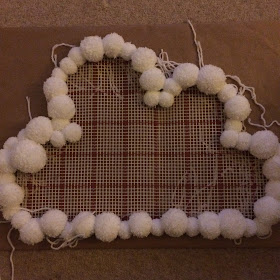 Now its time to fill in the middle, working from the outside in, make sure you keep the pom-poms close together as it will make the whole product much sturdier.

This is where those small pom-pom's become incredibly useful! 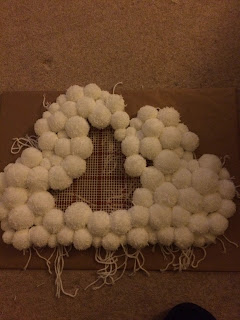 Finally the end is in sight... 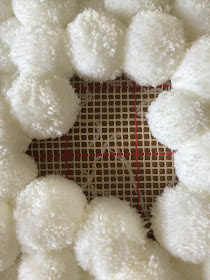 You'll be left with lots of loose ends, I debated with myself for a while how to finish these, I decided to just cut them, I'll explain why in a moment. 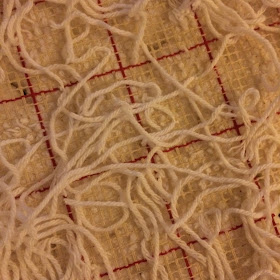 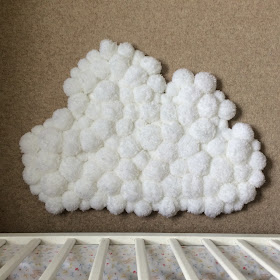 I was so pleased with the results, I hope it has inspired you to have a go! I'd love to see what you come up with either in the comments or Facebook, alternatively, if you're a fellow instagrammer, use the #windup cloud.

I spent a long time deciding what colours to use for this rug, but I wanted something I'd never tire of as I knew it would be a long project. White might seem like a crazy choice for a rug for CHILD's room, however, the fact that I didn't tie the ends in means that I can cut out any pom-poms that may get stained and simply make a new one! So if you're making one from a colour you mightn't be able to replace, make sure you hoard one for future use!

Thanks for stopping by,